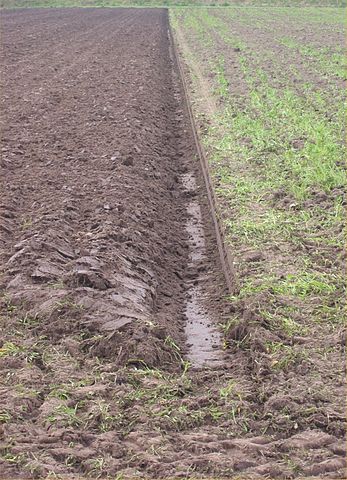 I find it interesting to read agricultural texts from different eras of our civilization. At the present moment I am increasing my collection of USDA Yearbooks of Agriculture, which I would recommend to anyone who is curious about agricultural techniques, policies, and studies. Particularly interesting to me are those books which were published during and directly following the Great Depression. In these years, agricultural science was making great leaps and bounds, not necessarily with new discoveries but with scientific proof that the practices of the preceding millennia were indeed spot-on, and that we should continue following our ancestors’ examples of land husbandry.

What follows is an excerpt from the 1938 USDA Yearbook of Agriculture – “Soils and Men”. It was written by A.J. Pieters and Roland McKee. It is titled “The Use of Cover and Green-Manure Crops”.

“A green-manure crop is one used for turning into the soil, whether planted for that purpose or not, and irrespective of whether the crop is turned under while still green or after maturity. A cover crop is one used to cover the soil surface without reference to incorporation with it. The function of a cover crop is mechanical, as to prevent erosion and leaching, to shad the ground, or to protect the ground from excessive freezing and heaving. This is often of special importance in orchards and elsewhere. The function of a green-manure crop is to add organic matter to the soil. As an incident to this function the nitrogen supply of the soil may be increased and certain minerals made more readily available, these effects in turn increasing the productivity of the soil.

The practice of green manuring is very ancient, while the use of cover crops as such is of relatively recent origin. The Greeks turned under broadbeans (Vicia Faba) 300 years before the time of Christ, and the planting of lupines and beans (Phaseolus spp.) for soil improvement was a common practice in the early years of the Roman Republic. The Chinese wrote about the fertilizing value of grass and weeds several hundred years before our era. Buckwheat, oats, and rye were used in this way by the American colonists before the middle of the eighteenth century, and toward the end of that century Maryland and Virginia farmers used the partridge-pea (Chamaecrista fasciculate) for soil improvement. The extensive use of cover and green-manure crops in the United States is a more recent development and has coincided with the realization that land too long cultivated loses its productive power. Since the soils of the Atlantic seaboard and Southern States have been longest in cultivation and most persistently cropped, it is natural that the most important data on the value of green manuring accumulated in the Unites States should come from the experiment stations of this region.

Green-manure crops are used in the expectation that the yields of subsequent crops will be increased, and this hope is commonly realized. Inquiry might well be made as to why the turning under of crops has this effect. The answer is that the addition of plant material increases the content of organic matter in the soil. This results in physical improvement of the soil and stimulates all those biological and chemical processes which in the aggregate result in an increase in soil productivity. When legumes are turned under there is in addition an increase in the nitrogen content of the soil.”

– A.J. Pieters and Roland McKee – “The Use of Cover and Green-Manure Crops”

That is only the introduction to a 13 page paper on the subject. They go on to describe the specific gains to be had by treating your land to a helping of green-manure, whether it be grass, legumes, or even weeds.

The biggest take-away here is this: soil is happiest when put to work. Bare ground is not only unproductive in the present, it is losing future productivity just by being bare. Even if there is nothing you can currently do with a patch of ground, it is best to have something growing there, regardless of what that something is.

One response to “Green Manure and Cover Cropping”